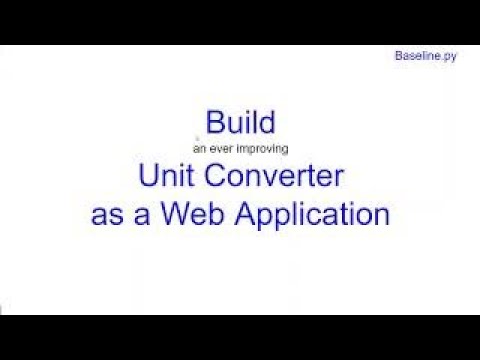 In this series we will together learn the fundamentals of Python,

Enough for us to be able to realize interesting projects.
Together we will build an ever improving unit converter

So what is Python?
Python is a general purpose language, meaning it can be used for just about any project you fancy.

Python is an interpreted language — the code you write works on any OS
This interpretation costs time and thus makes Python slightly slower than compiled languages such as C or C++.

Plus points for Python:
– Easy to learn = Good foundation for future languages
– Loads of libraries that will support our future endeavors
– Rapid development

How to use Python
– Download from python.org and install
– You can Python’s IDLE
– You can use editors such as notepad++ or Visual Studio Code, or Atom
– You can use an IDE such as Pycharm, Visual Studio, Eclipse
– Pick what you like, and quickly find out how your dev tool works with python.
You’ll find tons of free tutorials online

What would be helpful is to know what these numbers stand for. That is what comments are here for.
Ie # km = 15 is a comment. This line does not get executed by Python

In version 1 we want to convert these 16 km to multiple other units:
# version 1